The marine security for the Northwest Shelf seas is based on the oil drift model, i.e., the OD3D model, that is operational at the Norwegian Meteorological institute (met.no). Within ECOOP the focus is to enhance the forecast reliability by

We also pursue the development of new ways to include wave drift and wave-oil interaction in the oil drift service. This is work in progress.

The oil drift model is found here but will require a user and a password. Please contact goran.brostrom at met.no for access to the online service.

The main users of the oil drift service are:

To provide an example of the oil drift service, and the enhancement of the service made possible through ECOOP, we consider an oil spill outside the Norwegian coast.

In Figure 1 we display the oil drift using currents from four different ocean models * met.no Nordic 4, which is the standard model used at met.no

The model results are from January 17, 2009. We see that all models give the same drift direction in all those cases, and this suggests that the drift trajectories are probably very robust for this case. The difference is mainly that the met.no forcing takes a trajectory closer to the coast and the oil becomes stranded after some time. In fact, the drift is using the met.no models, however, because of the stranding of the oil in these cases this is not very clear in the figure but will show up in a more detailed analysis. 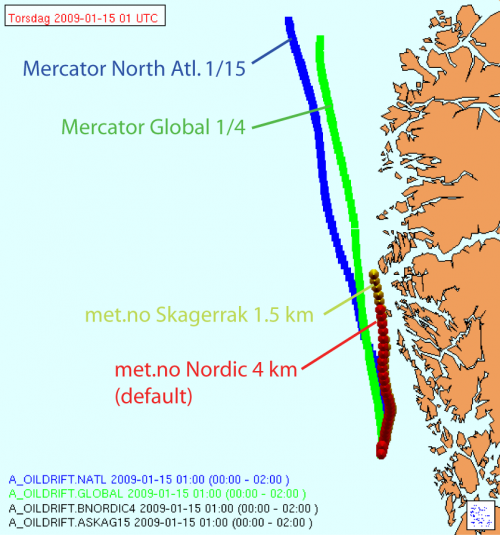 As stated above, the drift is very similar for all different ocean models. the reason is that the Norwegian Coastal Current is very stable for this area and is well captured by the model. At some distance out from the coast the forcing is not as stable and here the different model system start to diverge. In Figure 2 we show the current fields from the met.no ocean models, while the ocean currents from Mercator are displayed in Figure 3. It is interesting to see that the met.no models are similar and that the Mercator models are similar, but that there are large differences between the model systems. 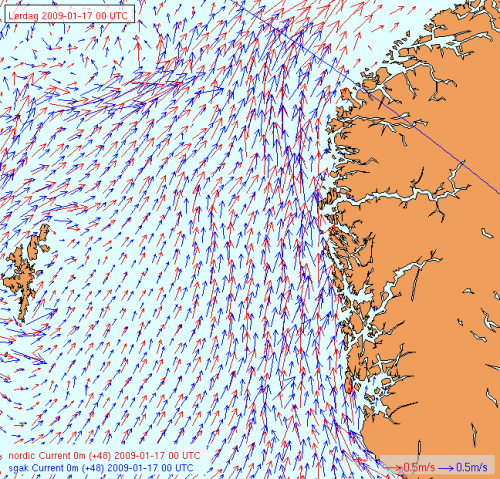 Figure 2: The currents at the sea surface for the two met.no models used in this inter comparison study. Red arrows is for the Nordic 4 km simulation, and blue arrow is for the Skagerrak 1.5 km model. 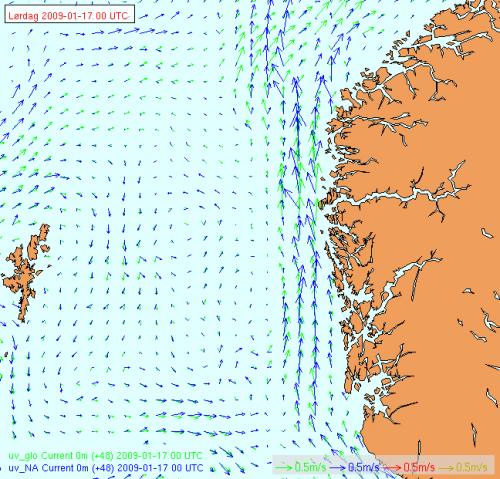 Figure 3: The currents at the sea surface for the two Mercator models used in this intercomparison study. Blue arrows is for the North Atlantic 1/15th degree model while green arrow is from the global 1/4th degree model.